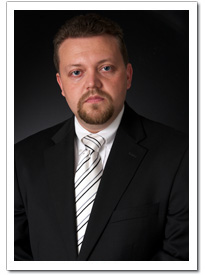 Attorney Travis L. Stock is an associate at the Weinstein Law Firm. Travis practices primarily in the areas of personal injury, premises liability, and personal injury protection (PIP) litigation, where he routinely represents injured individuals and medical providers on a wide range of legal issues that arise under the current rules and regulations of Florida insurance law.

In 2013, Travis was appointed by the President of the Florida Bar to serve on the Small Claims Rules Committee, where is he currently completing his 2nd term. Additionally, Travis was selected to the Super Lawyers 2016 and 2017 Florida Rising Stars list.

Prior to joining the Weinstein Law Firm, Travis worked for a private law firm where he vigorously defended individuals accused of committing various felonies and misdemeanors in the tri-county area. In addition to criminal defense, Travis was also instrumental in the representation of local educators that were faced with legal issues ranging from ongoing internal investigations, professional standards committee meetings, pre-disciplinary conferences, up to and including Chapter 120 termination appeals before the Division of Administrative Hearings.

Prior to law school, Travis lived in upstate New York where he earned his Bachelor’s Degree in Criminal Justice from Utica College of Syracuse University.

Coral Springs, FL. – The Weinstein Law Firm today announced that Andrew Weinstein has been named to the Florida Super Lawyers list as one of the top attorneys in Florida for 2017. Each year, no more than five percent of the lawyers in the state are selected by the research team at Super Lawyers to receive this honor.

Coral Springs, FL. – The Weinstein Law Firm today announced that Travis Stock has been named to the Florida Super Lawyers Rising Stars List for 2017.  Each year, no more than 2.5 percent of the lawyers in the state are selected by the research team at Super Lawyers to receive this honor for demonstrated excellence in the practice of law.

Hurricane Irma: The Damage is Done, Now What? You're Already A Victim of the Storm, Don't become a victim of the process.

Whether a resident of Florida or not, all eyes were on Hurricane Irma as the strongest storm on record in the Atlantic set its sights on the sunshine state.  Although there was uncertainty as to whether it would make landfall in Monroe County, Miami-Dade County, Broward County, Palm Beach County, or Collier County, there was never a question that the wrath of this record-breaking hurricane would be felt statewide.  On September 10, 2017, Hurricane Irma began its relentless assault on Florida when it made landfall in Cudjoe Key in Monroe County.  For the next couple of days, Hurricane Irma continued to cause catastrophic damage throughout Florida including Miami-Dade County, Broward County, Palm Beach County, and Collier County.  Despite Florida escaping the “worst-case scenario,” Hurricane Irma damaged homes and property leaving many residents, homeowners, business owners, and tenants with a big mess and a long road to recovery.

The Weinstein Law Firm Expands with Hire of New Attorney

Coral Springs, FL – The Weinstein Law Firm is proud to announce the addition of its newest attorney, Ashley Rosenbaum. Ms. Rosenbaum will focus on personal injury claims and cases, and brings a broad base of experience and skills in these areas.